Although most anglers think of bass, crappie, or catfish when they think of freshwater fishing in Texas, there is a small but dedicated following of gar anglers.

Gar are prehistoric fish that have lived in Texas for millions of years, pretty much unchanged from the days they shared the planet with dinosaurs. They are slow-growing, long-lived fish.

Where to Fish for Gar

If you’re in search of a trophy gator gar, the Trinity River may be your best bet, although you’ll also find good numbers of them in Sam Rayburn, Amistad, Choke Canyon, Toledo Bend, and Falcon reservoirs, along with their associated river systems.

Although bass and crappie anglers may hate them, in reality, gar eat mostly rough fish like carp, buffalo, and shad and have little impact on game fish populations.

Bow-fishing for alligator gar has really grown popular in recent years. It takes a powerful bow and a sharp arrow to penetrate a gar’s armor-like scales. Angling with rod and reel is popular too, due to the incredible fight these powerful fish provide.

The best gar fishing occurs on hot, clear, sunny days in summer. In clear water, you can often see gar congregating in schools just below the surface, feeding on schools of baitfish. Look for them anywhere baitfish gather or are washed downstream. Try below dams, in shallow flats adjacent to deep water, in weedbeds, or slack backwaters. Fish will often be near weed, rock, trees, or some type of cover that harbors baitfish. If you can find schools of shad, odds are you’ll find gar nearby.

You’ll need a stout rod with a heavy-duty baitcaster spooled with at least 100-pound line. Gar have dozens of razor-sharp teeth, so you’ll want a steel leader to prevent bite-offs. Many anglers use cut carp, shad or buffalo as bait, suspended below a float on a 5/0 bronzed treble hook. Gar have incredibly tough, bony mouths.

When a fish hits, let it run a minute or two. They generally take off with their prey before stopping to eat it. When the gar stops, set the hook as hard as you can, in the opposite direction the fish is running. Getting a good hookset into bone and teeth isn’t easy. For the best hooking percentage, let the fish swallow the bait. You’ll have to cut the leader, rather than reach into that toothy mouth. Bronzed hooks dissolve in a few weeks, giving a gar the best chance at survival.

Some anglers use a rope fly, which is a “fly” made out of twisted nylon rope. It doesn’t even have a hook. When a gar grabs it, the frayed rope ensnares the gar’s teeth. The result is usually a “hooked” gar with little damage done to the fish. If you like tangling with powerful fish that can weigh hundreds of pounds, gar fishing can be a real thrill!

For the lowdown on the best Texas lakes, look no further than the Texas Fishing Map Guides published by Sportsman’s Connection. These large format, full-color guides contain detailed maps and editorials on every major lake in the state. In addition to these, you’ll get fishing tips and advice from our expert writers, in addition to local experts.

How You Can Get Started Kayak Fishing

There’s a new fishing rig in town. And this one doesn’t have a motor.Kayak fishing has taken the country by storm in recent years. Kayaks appeal to anglers for a variety of reasons. They’re much more reasonably priced than motorized fishing boats. They take up less space. They can be hauled without a trailer. They [...] 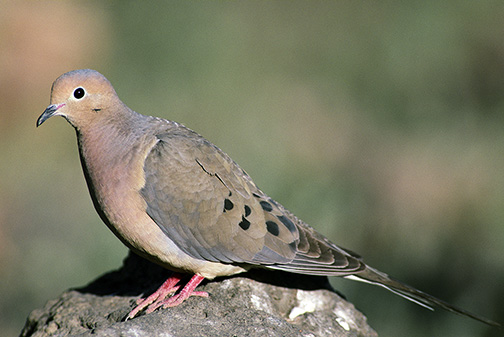 What You Need to Know About Hunting Mourning Doves

Mourning doves are one of our most challenging gamebirds – not because they are wary or because they have excellent senses – but rather, simply because they are hard to hit. This common bird is no stranger to most folks, whether they dwell in urban areas or in the country. The adaptable dove is at home around bird feeders as well as [...]

Anglers are a unique breed. Face it, it would be a heck of a lot cheaper just to buy some fish from the grocery store. In fact, many anglers just let the fish go when we do catch them. In short, our actions don’t always make a lot of sense. It’s not surprising, then, that [...]

The key to catching bluegills all year long is knowing where to find them. Here's a breakdown of the hows and whys of seasonal bluegill movement and location. SpringSpring is bluegill time. At late ice, bluegills often return to the shallows, which receive an influx of oxygen as melting snow drains into the lake and the sun’s rays begin [...]

Keep it Movin’ for Summer Muskies

The dog days of summer are a great time to be at the lake, swimming, catching some rays and having fun. Although often viewed as a tough time to put fish in the boat, mid-summer muskies can be caught.Muskies, like other fish, are cold-blooded, which means their body temperature is the same as the surrounding water temperature. So [...]

Welcome to our new website! If you have any trouble finding what you're looking for or have any comments or suggestions, please email us at websupport@scmaps.com or call us at 715-395-7775 and we can address any issues or process an order for you. The site works best in modern browsers like Chrome, Firefox, and Safari (some Internet Explorer users [...]